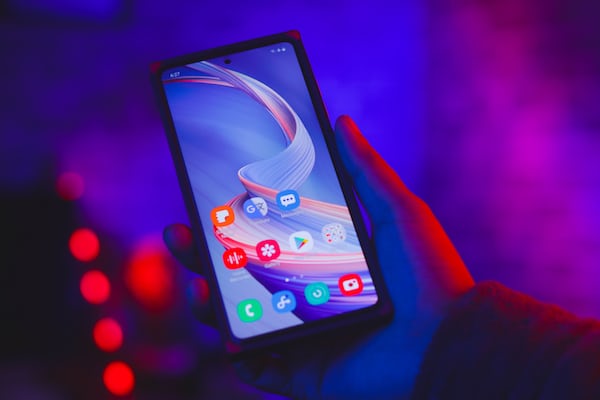 Rome – Among the Samsung products proposed at CommunicAsia 2005, one cannot fail to mention the SPH-m 7000, a PDA-Phone equipped with the Windows Mobile 2003 SE operating system, which measures 125 x 62.7 x 24.5 mm and which has of an extended QWERTY keyboard.

The TFT display from 320 × 240 pixels with 262 thousand colors measures 2.6 inches (almost an inch less than the display of an average handheld) and has the particularity of working normally in portrait mode, turning into a horizontal display when the keyboard is accessed by opening the slide. There is also a 1.3 megapixel digital camera.

At its heart is a 520Mhz Intel PXA 272 processor, supported by an Intel Marathon 3D accelerator. The available memory, expandable with SD cards, is however very respectable: 192 Mb of Ram, 64 Mb Rom.

Currently proposed with CDMA support for the Korean market only, Samsung has not announced whether it will produce the SPH-M7000 model in GPRS or UMTS version, but its characteristics would make it very attractive even for non-Korean customers, such as the European one.