The ban on mobile phones in schools? A farce 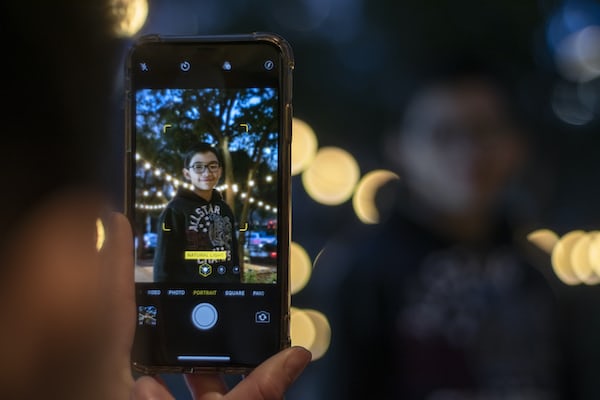 The ban on mobile phones in schools? A farce

Rome – The debate raised by the circular of the Minister of Education Fioroni, guidelines and indications on the use of “mobile phones” and other electronic devices during teaching, looks more like a sleepy fuss than a plug effective and satisfactory position on a problem which, it must be agreed, has shown all its gravity in a chain media process of St. Anthony, and all its urgency when it was too late.

Cell phones are no longer an accessory for our teenagers. It is much more, it is a necessity, a pure reason for living, a prosthesis of themselves. It is an object that has now exceeded its purely communicative function to assume the role of a free passport towards the herd and a low-cost vehicle to be protagonists in the ephemeral of an amateur film to share with friends, or to be included on the network.

Thus, once the first “rogue” was identified, the hail of news on unarmed professors filmed while they were being mocked by hungry hordes of students armed with videophones, offended and beaten disabled students, of naked teachers who claim not to realizing that some of their underage pupils were groping them and unscrupulous alternates.

The emergency in schools had been occurring for some time now but, as we know, emergencies exist only to the extent that they are talked about in the newspapers, on TV and on the internet: cell phones under the counter, perhaps without ringtones or with just a slight vibration, and distracted glances while typing an SMS, requests to leave the classroom because “it’s my mother who is calling me”, mobile phones stuck in the historic pencil and pen case to be able to send and receive, with a minimum of dexterity, the solution of the task by the classmate or by complacent brothers and sisters at home, all this was and is daily life in the public school.

Then the chaos. Madness. For a stolen cell phone, there are families who have no qualms about beating up teachers or school managers. Because, you know, textbooks are very expensive, and you can even afford the luxury of not having them. But cell phones, not those, those must be the latest, partly because otherwise the kids don’t feel like everyone else, partly because they must always be reachable by their parents (who forget that the school has a telephone number to contact and from which pupils can call in case of urgency), partly because without that cell phone you are nobody.

And then it cannot be said that a teacher was right to seize a cellphone from a pupil just because he was using it in class. Because in addition to touching an undoubtedly personal good, the teacher had the audacity to question the educational system of the family. You have shown a flaw, a chasm in the family role in teaching values ​​to their children and this, no, it is not in the least tolerable.

Fortunately, now, the press has reported that with Minister Fioroni’s circular we will all be able to sleep peacefully and that, finally, the time has come for the teachers to recover: the use of mobile phones is finally banned in the classroom and decency is re-established motu proprio by a communication that involved none other than the Minister himself, who has always shown himself to be sensitive to the impact that “new technologies” (so defined, obviously, by those who feel they are “foreign” rather than “new”) to have in the culture and education of young people.

Months ago, Fioroni made an utterance that left everyone perplexed, about the opportunity to control the network from the introduction of pornographic material, in the supreme interest of the education of the weakest. It was a real shame that his blog had been bombarded with hundreds of spam links to pornographic articles and resources on the net. The blog in question was withdrawn after a few hours, but it was still too late because the contradiction was fully documented by the cache of the most popular search engines that kept accurate memory.

It is obvious that the Fioroni circular leaks water from all sides and that from tomorrow the pupils of Italian schools of all levels will be able to resume fiddling with their beloved mobile phones as and as much as they want. Anyone who read the document, even briefly, would have understood this.

In the first place, the circular is addressed to the directors of the Provincial School Offices (the former “Provveditorati”), to the Regional School Directors, to the stewards and superintendents of the autonomous provinces and regions of Valle d’Aosta and Trentino Alto Adige and to the Intendants for schools minority languages. The circular was also sent to the Managers of the Autonomous Educational Institutions. But for knowledge.
Among the recipients, no mention was made of School Managers, Directors and teachers, who, however, should be the central engine of surveillance and the first agents in the process of raising pupils’ awareness of the problem. Obviously, the recipients do not include families or pupils. For Minister Fioroni, obviously, these components, at least at this stage of the debate, are useless.

After an introduction that goes from alarmism (“The recent news events that have affected the school, from the transgression of the most banal rules of social coexistence (improper use of cell phones and other disturbing behaviors in the course of lessons) to episodes of bullying and violence, concern situations that, although emphasized by the media, should not be underestimated. “to the banal obviousness of” volemose bene “(” An effective education of young people is the result of coordinated action between family and school “) , Fioroni goes on to list what needs to be done: to review the regulations governing pupils.
It is a subject that belongs to individual institutes, with due respect for autonomy. Fioroni is well aware that he cannot give directives and limits himself, more generically, to hoping for “interpretative clarifications, soliciting appropriate initiatives of an operational nature”, without however clarifying which ones.

The circular continues with the reference to some paragraphs of Presidential Decree 249 of 1998, in force for nine years, better known as the “Statute of students and female students”. And that as such applied and implemented. Therefore, nothing new on the Western front, if not the usual badly spread out rosary of pre-existing rules.

But where Fioroni pushes on the accelerator is when he believes “it is necessary that adequate sanctions are provided for in the school regulations according to the criterion of proportionality, including that of the temporary withdrawal of the mobile phone during class hours, in case of improper use of the same” .
Where is the distinction between correct and incorrect is not known. And Fioroni does not tell us, leaving to the teachers the discretion of the distinction between the useful and the futile, between the urgent and the superfluous, making it clear, a little further on, that yes, if you really can’t do without it, you can also make a phone call at home, as long as the Prof. says yes.

And Prof. says yes, also and above all because he cannot say no. You can’t go and review if the “Oh my God, Professor, I have a stomach ache, can I go out and call my mother to find out if she can come and get me?” whether or not it is the excuse to hear from your boyfriend or best friend. In dubio pro reo, and many greetings to good intentions.

This particular surveillance duty (which is not the generic one concerning the physical safety of pupils, and the prevention of particularly dangerous actions) should be provided for by the national employment contract, which indicates and limits the skills of teachers. But the renewal of the teachers’ contract has now been postponed by 15 months (with the complicity of unions too busy to redo the facelift with the offer of shabby pension funds), and the teaching class is exhausted by salaries that no longer have the same power. purchase a year and a half ago.

We need a social pact of co-responsibility that schools should sign together with families.

More simply, a state law would need to say, sic et simpliciter, that “The use of cell phones is prohibited during teaching activities.”
Fioroni knows this too well. And he also knows that the laws in Italy are made by Parliament and not by the Ministries.
But, evidently, much ado about nothing is still too irresistible a siren from Ulysses, although no one, apart from mobile telephone operators, has anything to gain from it.