Connect with us
GameLEN > Latest > I’ve only been there for two weeks and I’ve already made professional use of the Clubhouse: three Spaniards tell us about their particular case 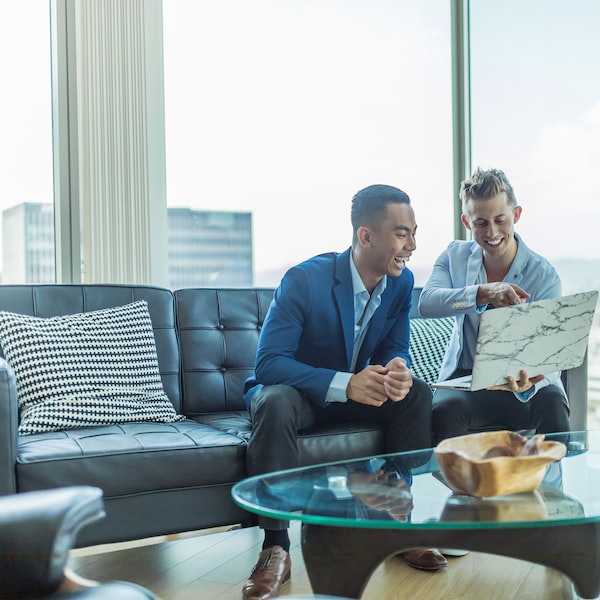 ClubHouse is the fashionable viral social network. Google search trends show that it is from January 16 that searches begin to skyrocket.

The fact that it is only accessible by invitation and that it is currently only available for iOS gives it more exclusivity. But, beyond that Obsession, we spoke with three professionals who are part of this social network and this, they say, already helps them in their field of work.

Emilio Márquez is the CEO of La Latina Valley Club, mentor, entrepreneur and investor. He has been at the ClubHouse since January 22 and admits to being “completely addicted” to this new social network.

According to Marquez, ClubHouse is helping him in a number of ways. “One m reconnect with people that I followed on other social networks but that we hadn’t interacted with for years, ”he explains. Also, it helps you have new contacts “Professionals who speak very well, who have a lot to contribute and whom I will invite to my Debate Club.” And, in addition, it also locates other the people and brands you want to collaborate with.

This entrepreneur ensures that the quality and level of the people who participate in the different rooms in which ClubHouse is divided are “very high”. ” It is a completely professional network, mature people with a high economic level, in which value can be added ”, he defends himself.

Currently, most of the profiles are closely related to marketing and entrepreneurship. “It is logical, they are communicating vessels”, explains this entrepreneur, who warns that the diversity of profiles is already beginning to open. “There are many musicians, for example,” he explains. All these characteristics make ClubHouse, for Márquez, an opportunity for many professionals.

“Being one of the first in a social network where everything is to be done is an opportunity that occurs every 10 years,” he adds. “Anyone who wants to be the influencer at ClubHouse has to come in now. ClubHouse has everything to give authority to those who create quality content, “he warns.

Fátima Martínez is a consultant and communication, marketing and advertising trainer for companies and professionals who landed at ClubHouse on January 13. “I started playing with him and he got me hooked. I found it revolutionary. You can do other things while listening, you can create rooms to share knowledgeRaise your hand to interact with anyone, no matter who it is, ”he explains.

Like Márquez, he compares the current ClubHouse moment to the one Twitter experienced when he was born. He considers that it is a social network with many possibilities, but he also clarifies that “it depends on how you use it.” “You must be careful because now there is a lot of prominence, we all go like a chicken without a head, people want to participate and tell their stories ”. Therefore, the key for her is to have good speakers and participants from the beginning.

Martínez believes that it is a good social network for professionals because it gives visibility. “It puts you in front of a highly qualified audience. There are many brands, observers, CEOs, marketing managers … who, more than protagonists, are listeners ”. And, for her, one of the best things about ClubHouse is that “no one can hide. On other networks, they can copy the content. You can pose. Not there. For better or for worse, you expose yourself ”. And, for this reason, he believes that “it will be the triumph of the true people.”

In his case, and despite his only two weeks in ClubHouse, he assures us that he is already seeing the first professional advantages. “I noticed an increase in followers in the rest of the networks, in my classes. Yes I have been called to take courses and supervise“He explains, to add that” when you expose yourself, opportunities present themselves. “

And once again underline where you are opportunities are open to all. And that, of course, will be segmented by areas of interest and sectors. His only fear is that when it becomes popular and opens up even more, younger profiles may arrive that blur the professional character that, according to Martínez, ClubHouse has.

David Arráez A journalist, trainer and consultant in communication and digital skills, as well as a lecturer, he joined ClubHouse on January 25. “My experience has been very positive, for two reasons: it is a social network in which communication is bidirectional and moves away from the frivolity that social media has become like Instagram and Tik Tok. Being all audio gives value to content based on knowledge, of what I can contribute to the people who listen to me. And that is very important ”, he defends himself.

Arráez defines ClubHouse as a “productivity sink”. “We found out about ClubHouse and it got us, so productivity goes down. Time to quit work. I suppose it will be early, but it will have to be stopped, ”he laughs.

Although it takes less than 2 weeks, he assures that he is already enjoying it on a professional level. “By interacting with people He opened the doors to people he did not know. They listened to me, saw my strengths in communication and training, and I closed a training course in a company. It’s a direct clubhouse effect, ”he tells us.

In fact, although there is talk that the social network itself is looking for a way by which creators can monetize their active participation, David Arráez believes that the form of contacts will be, at least in his case, the most important way to profit.

He also acknowledges that it shouldn’t have a professional impact so soon. “It is true that I thought it was silly. But I was surprised and I liked it ”, also in the sense that“ you have, with one click, real gurus and experts in many fields. There is a lot of knowledge. And that is not provided by the social network ”.

He also recommends all professionals to register and join this social network. “It’s good to get there early because when Andorid opens, it will explode. Those who already are will be better positioned“, He explains. And like the rest, he insists that “no matter what industry you are from, you are going to have a lot of contact in its purest form. There is no better way to show who you are than to speak up ”.