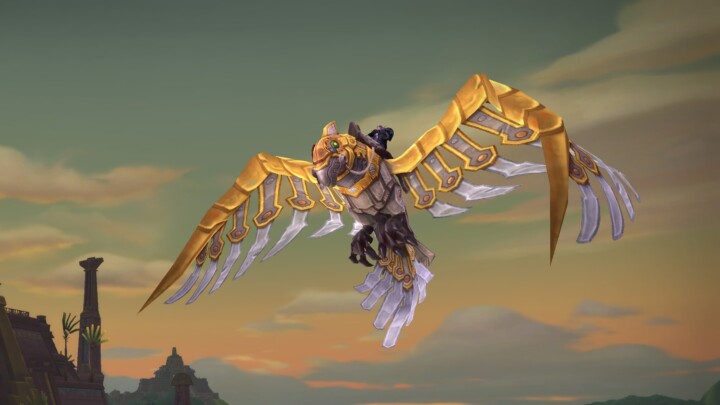 If you’re wondering how to fly in World of Warcraft, you’ve come to the right place. This guide will cover topics such as whether you need the Path to Enlightenment, how much flying mounts cost, and how long it takes to unlock flying in the Shadowlands.

Path to Enlightenment no longer required

In World of Warcraft, the Path to Enlightenment is an achievement that requires three stages to complete. Once completed, it grants you access to flying in Zereth Mortis, the zone where the final raid will take place. In order to complete this achievement, you must complete three storylines and six chain questlines. The quest can be obtained from Tamra in Haven. In addition to unlocking the ability to fly, it gives you a brand new pet.

Flying in World of Warcraft was introduced in The Burning Crusade, but the difficulty of flying remained a problem in the game’s later expansions. The gold tax and level requirements made flying difficult to achieve, and the game eventually settled on a system of Pathfinder achievements. However, this required a lot of grinding.

In addition to Path to Enlightenment, there are several other achievements to unlock flying in Zereth Mortis. The first one is called Explore Zerith Mortis, and it requires you to complete the Sepulcher of the First Ones raid. Another one, Curious Collections, requires you to loot five unique hidden treasures. In addition, you need to complete the Tales of the Exile campaign and complete the Firim in Exile side questlines.

Using a flying carrier is an exciting new feature in the new zone Zereth Mortis. This mode allows characters to fly through the region, and players can purchase a flying carrier for this purpose. There are a few requirements for this mode, including completing the campaign and completing side quests. Players will also need to camp rare monsters to unlock the achievement.

Flying mounts are not cheap in World of Warcraft, with Epic versions costing thousands of gold each. However, there are a few ways to get them for less. Druids can use the early flying option to get a flying mount for a small amount of gold.

Flying mounts are available from the Blizzard Store in the Warlords of Draenor expansion. There are 165 unique flying mounts to choose from, according to Wowhead, and you can purchase them from ten factions. Flying mounts can also be obtained from 11 dungeon and raid bosses.

The cost of flying mounts in World of Warcraft varies depending on the level of the character you have. The most basic flying mount costs around 100g, while an epic flying mount will set you back five thousand gold. Exalted members of the Nether Ray faction will be able to get the Nether Ray mount for a significantly lower cost.

Another way to get a flying mount is to complete the Argent Tournament. This event offers a large number of mounts, and the mounts are mailed to you after you complete the achievement. Disguises can also be obtained by playing during holiday events. Some time-limited items have a limited amount of time, but this has now been changed so that they are tied to the holiday, rather than a certain time period.

Time it takes to unlock flying in Shadowlands

In order to unlock flying in the Shadowlands, you need to first finish the “The Primus Returns” quest line. The quest is part of the Chains of Domination campaign “The Last Sigil”. Once you’ve completed it, you’ll receive the “Memories of the Sunless Skies” item. This item will give you the ability to fly in Shadowlands, where you can explore the gorgeous landscapes of Bastion, the mysterious forestlands of Ardenweald, and the vampire-themed lands of Revendreth. However, you cannot explore the Maw or Oribos.

Flying in the Shadowlands is a new feature introduced in World of Warcraft. It will allow you to complete daily and world quests faster. Flying will also allow you to avoid ground enemies, which will save precious time during quest completion. You’ll also be able to perform elite monster farming faster with flying.

To unlock flying in the Shadowlands, you must be a level 60 character. In addition, to unlock the Unlocking the Secrets meta-achievement, you must complete the first zone of the Shadowlands, Zereth Mortis. This zone’s requirements are incredibly challenging.

If you’re looking for a more straightforward way to unlock flying in the Shadowlands, the best option is to complete the “Tales of the Exile” achievement, which requires killing seven rare mobs. It’s also necessary to complete the 11-quest “Secrets of the First Ones” campaign.

After you’ve completed all of the above objectives, you can unlock Zereth Mortis’ flying ability by completing the “Unlocking the Secrets” meta-achievement. The Zereth Mortis flying upgrade is account-wide, meaning that you must unlock it on every character on your account, including your pet. After you’ve completed the “Unlocking the Secrets” achievement, you can move on to the next phase of the campaign by completing the “Flying in the Shadowlands” campaign chapter and side missions. Once you’re at level 60, you should be able to complete the requirements quickly.